Have you ever seen those amazing hot air balloon photos influencers take in Cappadocia, Turkey and wish you could take one just like that? For example:

Personally, I’ve been dying to get a photo like that one! Now you can do so without having to go to Turkey. All you need is a photo of yourself with a background of a plain sky. Here’s a photo of me in San Diego:

Above, the left photo is before applying the feature. When you go into the “Fantastic Sky” section, all you have to do is select one of the backgrounds you want and it will automatically integrate with your image. It’s that easy! There is a large selection such as “rainbow, balloon, aurora, sunset” etc.

I picked “balloon”. In the middle shot, the hot balloons have been applied to the sky. It looks PHENOMENAL. A lot more real than I expected! There is also a “scale” that I circled using black pen. If you move the scale to the right, the other parts of the photo (ground and water) have fantastic sky applied as well. If you keep the scale to the left, only the sky will have the feature applied.

Here is another edit of the same original photo but a different fantastic sky background called “meteor”.

Here are a few other edits on different photos I was playing around with:

The fantastic sky effect in this beach photo is very natural looking.

The moon in this edit gives a cute effect and makes it seem as if the rock climber is climbing to the moon!

The feature is very simple to use and I highly recommend it. It’s exciting to see the before and after since the change is so dramatic.

Thank you for reading! 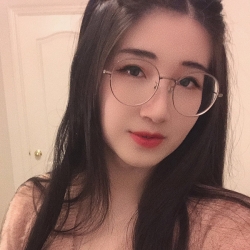 Xina
I love putting together cute outfits as inspiration for others!

Latest posts by Xina (see all)